The men and women at France Naissain and Vendée Naissain are highly committed people, passionate about what they do. Their expertise and know-how in the field of oyster farming serve to ensure your requirements are fully met.

Our priority is to employ our global expertise to provide you with the quality products and service you expect : resistant oyster spat and personalised follow-up adapted to your needs. The quality approach we implement is reflected in the fact that France Naissain and Vendée Naissain have ISO 9001 Version 2008 certification.

Located on the Polder des Champs between Bouin and Beauvoir sur mer on France's west coast, France Naissain and Vendée Naissain benefit from all the advantages of this basin that is unique in France, the Baie de Bourgneuf. This extraordinary site boasts an underground salt water table that supplies water with an extremely high concentration of nutrients for phytoplankton at a constant temperature. The marshland is extensive in this pure and protected environment and the climate is ideal for oyster breeding and growth.

France Naissain and Vendée Naissain were created by Stéphane ANGERI, whose passion for oyster farming developed by chance in 1983 while working alongside an oyster farmer in Beauvoir sur Mer.

1991 : Creation of the LES FERRANGES oyster farming collective in Beauvoir sur Mer and proposal for sale of a new range of products for the industry : intermediate part-grown oysters.

1994 : Construction of an oyster nursery as a pilot mixed-use farming facility in partnership with IFREMER (French Research Institute for the Exploitation of the Sea) and the ANVAR (French National Agency for Research Valorisation).

1996 : Following high death rates in 1995, production of the first families of selected oysters in partnership with another hatchery, the Pays de la Loire Region and the SMIDAP (French public office for the development of aquaculture and fisheries).

2000 : Dissolution of the LES FERRANGES collective and creation of the oyster spat production and sales company, SCEA VENDÉE NAISSAIN, on the Polder des Champs in Bouin. The company employs six people.

2004 : Creation of the France Naissain Group. A victim of its success, VENDÉE NAISSAIN is restructured and starts to grow. Creation of SAS France NAISSAIN (a simplified joint-stock company) to sell products on behalf of VENDÉE NAISSAIN. Purchase of a second oyster nursery and development outside France (Spain, Italy, Tunisia, Ireland, Jersey, Morocco, etc.).

2005 to 2007 : The development process begun in 2004 continues and the Group invests in production facilities and human resources in order to meet customer demand : construction of two new oyster nurseries, a second oyster hatchery and a second oyster micro-nursery. The teams, made up of increasing numbers of men and women, become more organised, working alongside one another, pooling and sharing their expertise and know-how in the field of oyster farming .

Creation of SFC (Sélection Française Conchylicole -French Shellfish Selection organisation) with three other partners. The objective is to identify oyster strains resistant to the disease causing the high mortality rates seen since 2008.

2010 : Construction of a sixth oyster nursery.

2011 : Creation of a Research and Development department with the aim of improving the animal husbandry, selection and quality of our products.

2012 : With a view to increasing its production capacity, the Group pursues its investment policy: construction and operation of two new oyster nurseries (eight nurseries in total), construction and occupation of a new Administrative and Commercial head office building (still located on the Polder des Champs in Bouin), construction of a new shipping building and two screening units, acquisition of a 25-hectare site on the Island of Jersey (intermediate part-grown oyster activities).

France NAISSAIN and VENDÉE NAISSAIN once again obtain ISO 9001 Version 2008 certification for the production, marketing and export of diploid and triploid oyster spat.

2013 : France NAISSAIN and VENDÉE NAISSAIN have grown considerably in the space of ten years and now employ around sixty people.

2014 : Construction of a building dedicated to the Research and Development department.

France NAISSAIN and VENDÉE NAISSAIN once again obtain ISO 9001 Version 2008 certification for the production, marketing and export of diploid and triploid oyster spat.

2016 : France NAISSAIN and VENDÉE NAISSAIN obtain Organic Farming Certification for a part of their production and distribution of nursery's diploïd spat.

Following the re-certification audit carried out in March, France NAISSAIN and VENDÉE NAISSAIN obtain the new ISO 9001 certification version (the 2015 version) for the production, marketing and export of oyster spat.

2020 : Deeply committed to sustainable oyster farming and to preservation of the environment in general, France Naissain got ASC certified in March 2020. This certification comes as a result of our socially and environmentally responsible actions.

Stéphane ANGERI has thus built up a Group with strong human values. It is now the leader in its sector, having struck a balance between meeting the needs of its customers and those of the environment. It is these values that underpin the company's activities today. 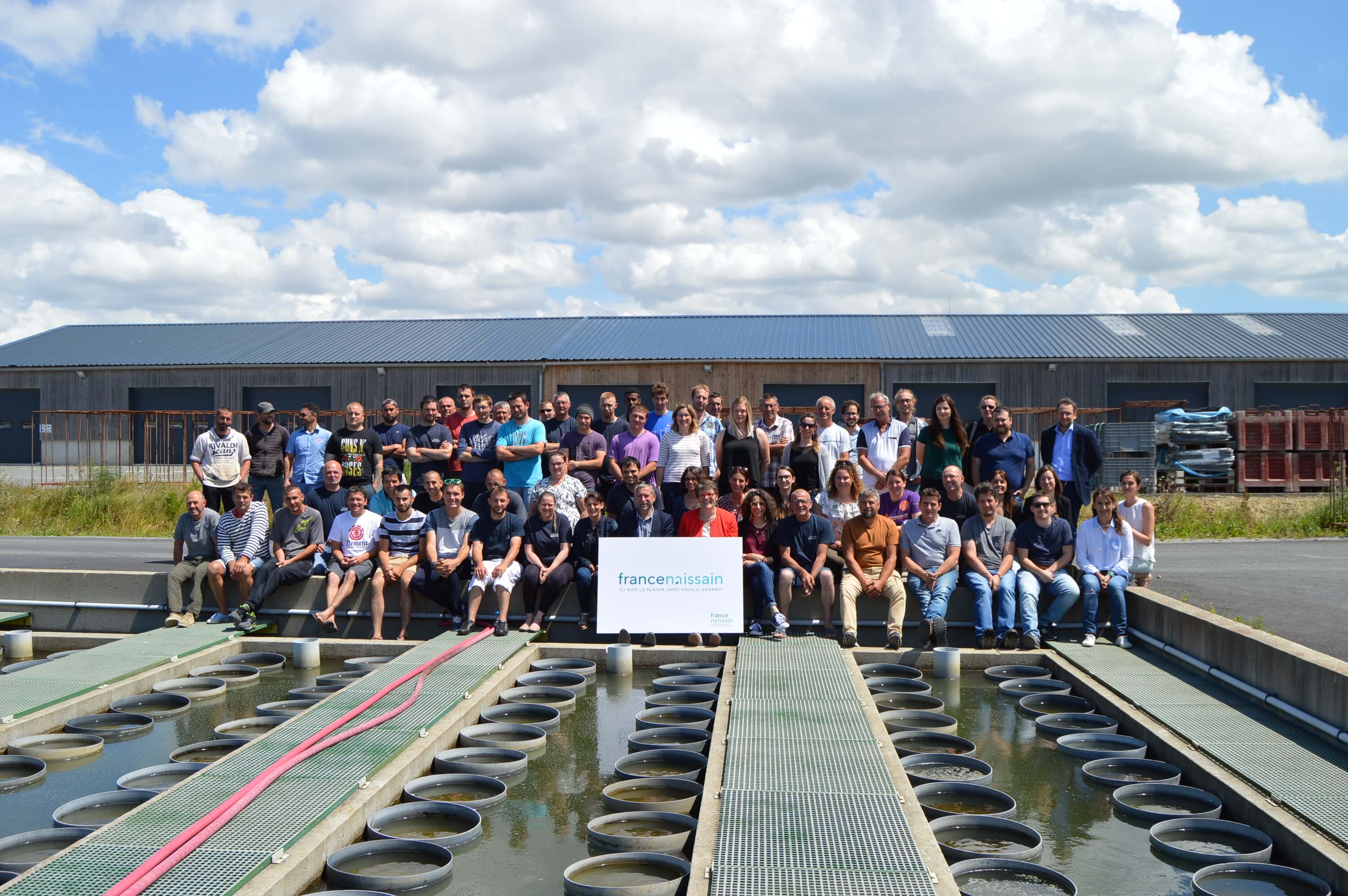