Several farming methods exist which vary depending on the environment, the oyster farming basin, traditions, the species of oysters and the intertidal zone profile (foreshore area of coast uncovered by the tides).

The raised farming method consists of raising the oysters on a structure (table, rack or trestle) installed on the substrate, on the foreshore. The oysters are placed in bags which are turned on a regular basis to prevent the proliferation of algae. This farming method is particularly widely used along the Atlantic coast, in Brittany and Normandy, due to the tidal systems. 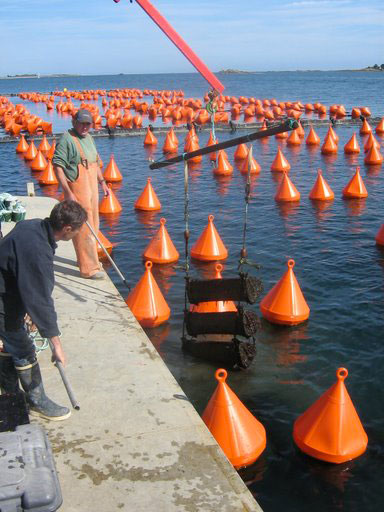 The absence of tides in the Mediterranean encouraged the development of the suspended farming method. Placed in pearl or lantern nets suspended from culture tables, the oysters are permanently immersed in the water. Once they reach a size of between 2 and 3 cm, the oysters are glued to ropes with cement before being immersed in water once again until they reach their market size.

Long-line culture is another suspended farming method enabling the total immersion of the oysters. The method adopts the same principle as the culture tables of the Mediterranean but rather than being attached to culture tables, the lantern nets or baskets are suspended to cables stretched between two buoys. 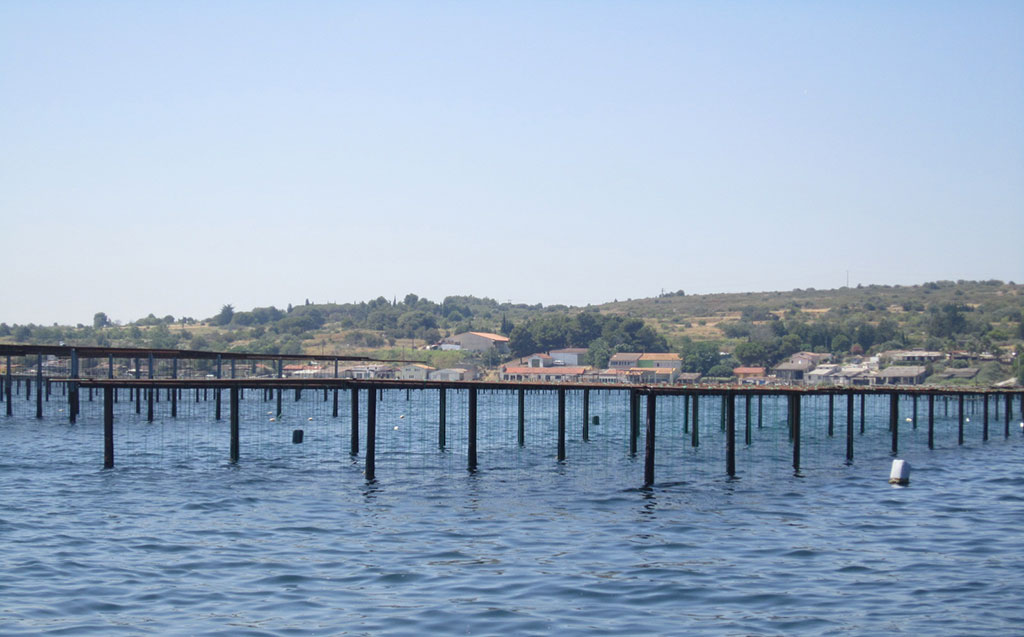 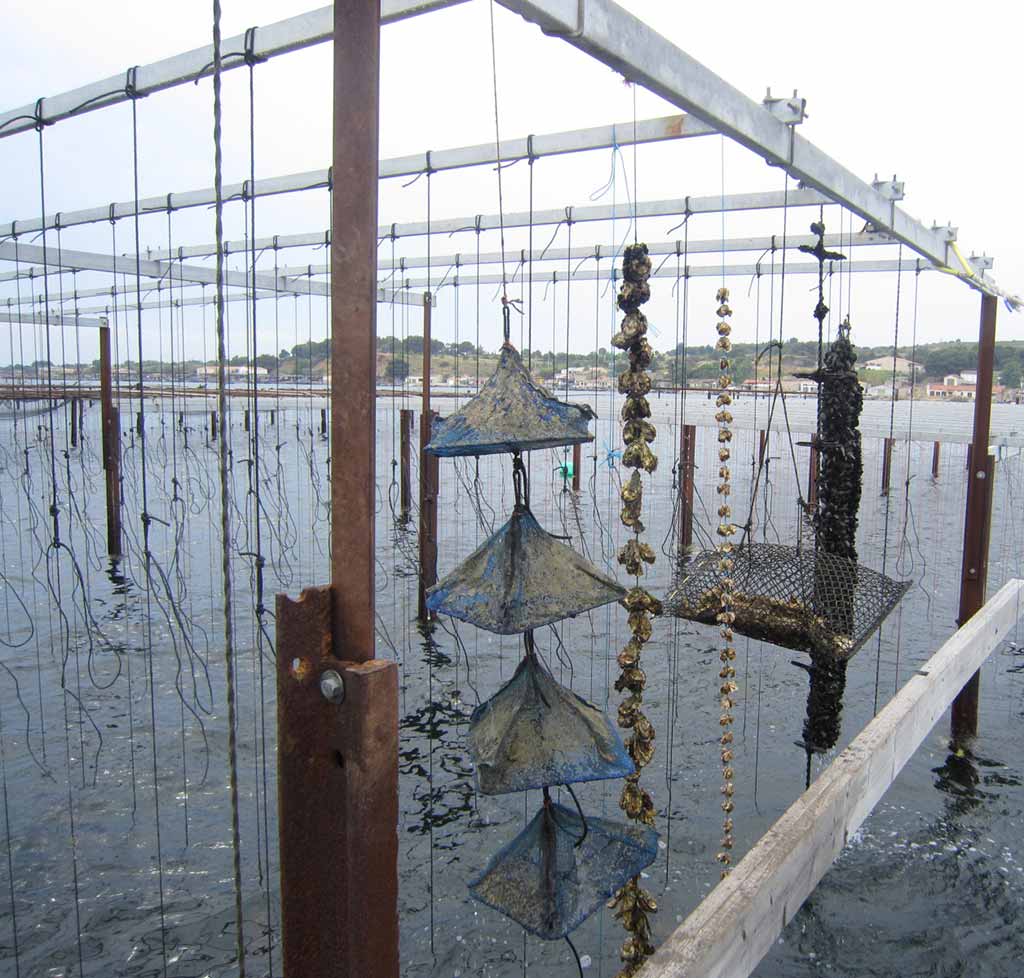 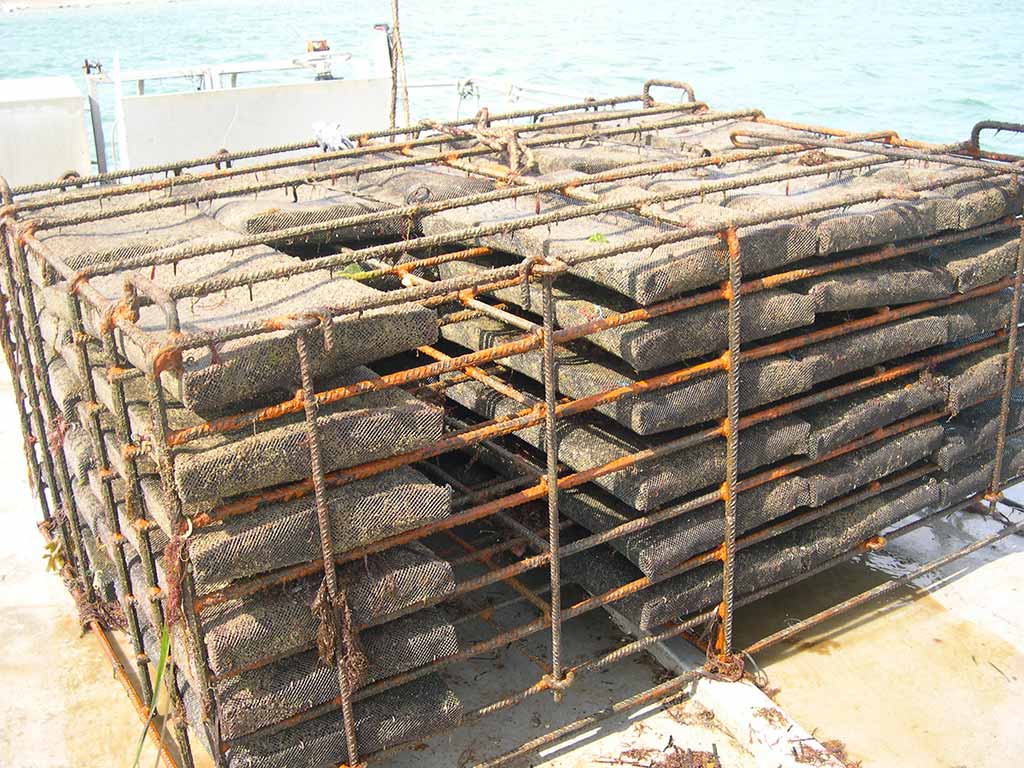 The Australian basket, a new method that can be used in raised and suspended farming

The Australian basket is a recent method that can be adapted to raised and suspended farming. 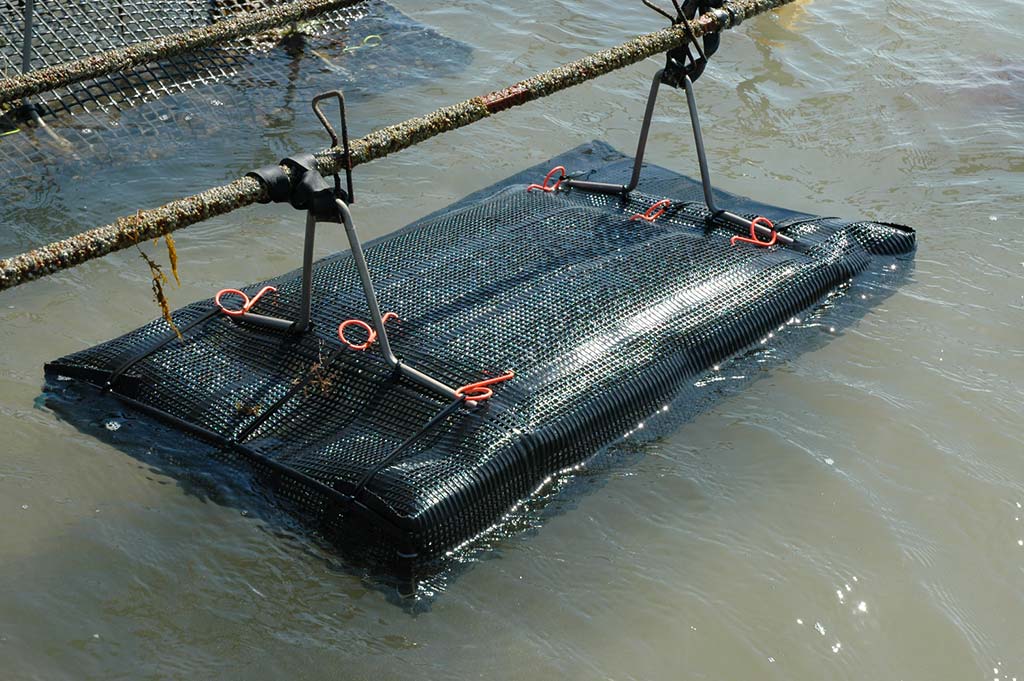 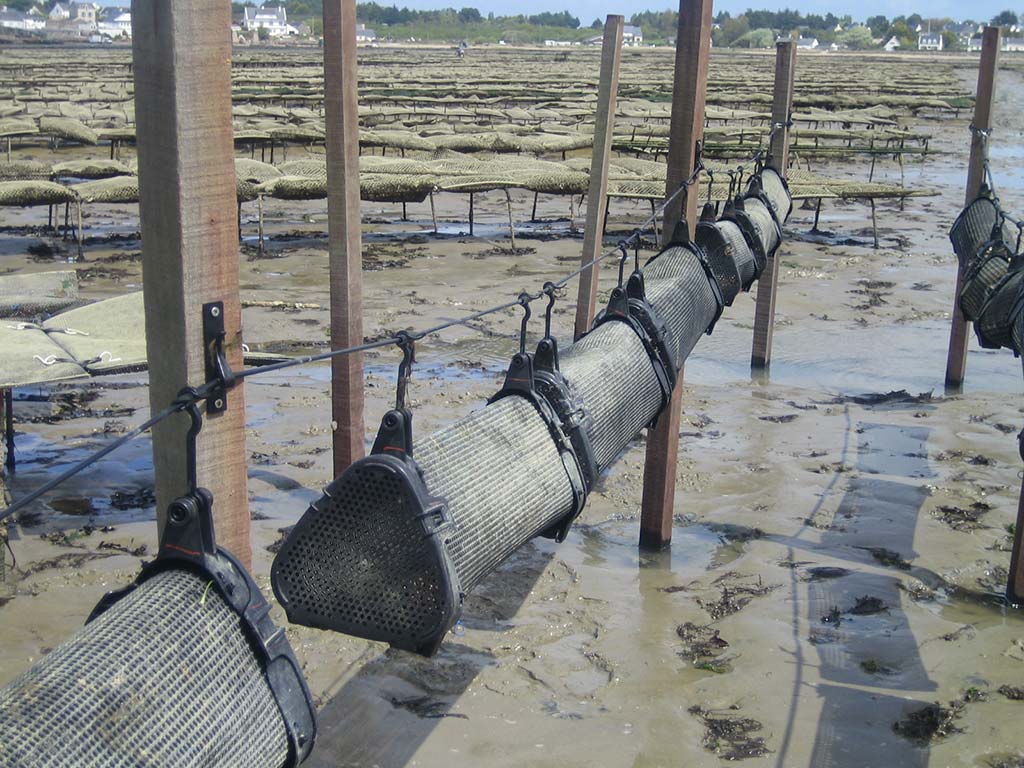