The oyster hatchery represents the first phase in the oyster spat production process. This first phase takes place in controlled conditions in a purpose-built facility. The seawater used is filtered and purified on-site. The activities that take place in this unit can be split into three categories: broodstock maturation, the production of phytoplankton and larval growth. 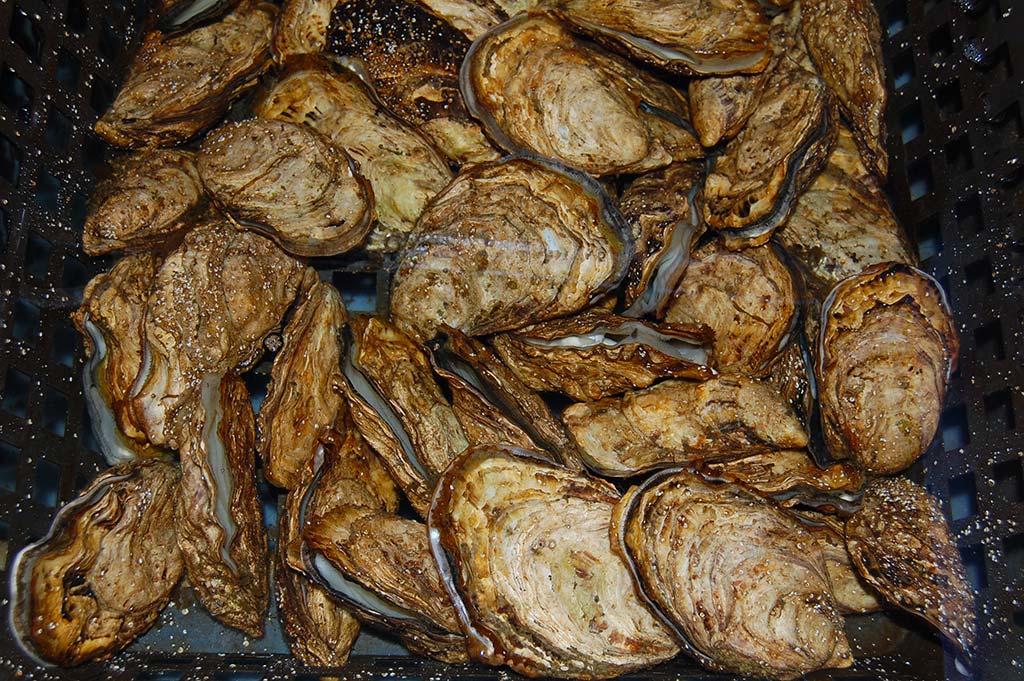 For several years now, diploid broodstock has been selected on the basis of origin and overall performance in terms of growth, shape, robustness, etc. Once selected, these adult oysters are carefully cleaned and placed in rearing tanks on a two-monthly basis, from November to July. This staggered approach enables us to prepare mature oysters from January through to September. It is thus possible to have spawning throughout the year by adapting the temperature and quantity of food. Hot temperature conditions accelerate maturity at the start of the spawning season and colder conditions slow down the maturation process until the start of the autumn. All the batches are monitored and analysed in order to ensure they are healthy from the start. In the event of losses or poor analysis results, the batch is discarded. Each batch is cleaned and fed every day with various species of phytoplankton.

Tetraploid broodstock is produced and kept by IFREMER and its supply for the production of triploid spat is tightly controlled and secure. 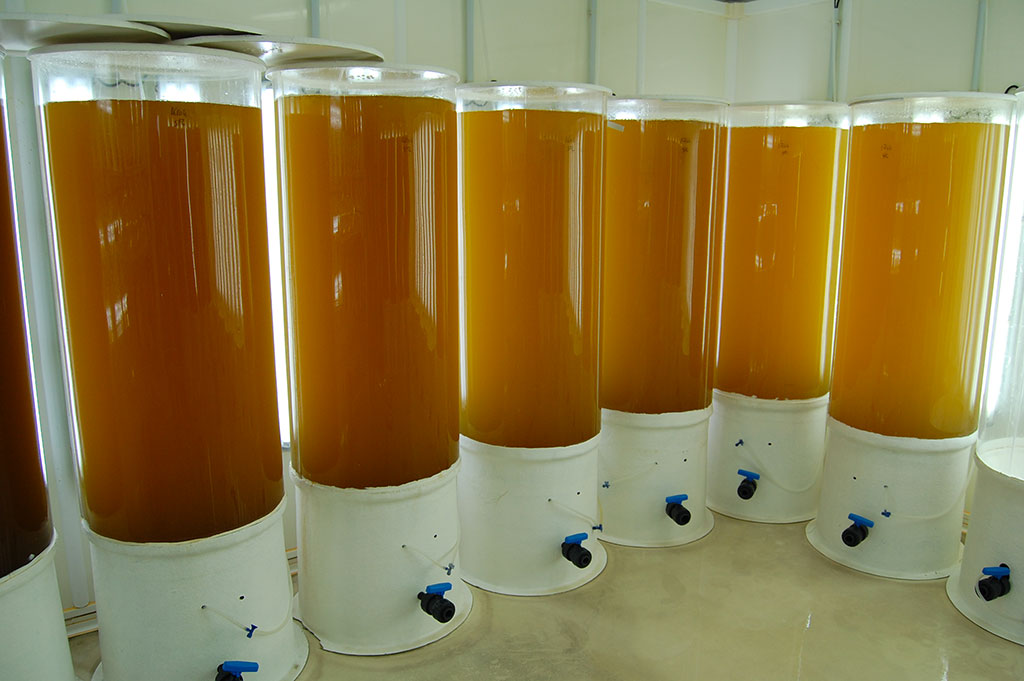 The phytoplankton used to feed the broodstock and larvae is grown using a variety of methods depending on the species. Feed microalgae can either be produced inside lit, temperature-controlled rooms or in outdoor ponds exposed to sunlight.

The production process is sequential : every day a small volume of culture, known as inoculum, is diluted in a greater volume of well water. After a few days, the algae cells have multiplied and the operation is repeated until enough has been produced to feed the stock.

Spawning can be induced by thermal shock or scarification. In the former technique, mature broodstock is placed into small individual spawning units and subjected to a number of shocks to stimulate the spontaneous release of gametes. With the latter technique, gametes (sperm and eggs) are obtained by gonad laceration. Individual sex is then determined by observation under the microscope and the females are separated from the males. In diploid spawning, the eggs are mixed with the sperm taken from our diploid males. In triploid spawning, the eggs are crossed with sperm taken from tetraploid males supplied by IFREMER.

24 hours after fertilisation, the larvae have usually gone from the trochophore stage to the "D"-larva stage (they are D-shaped). The resulting larvae then spend around twenty days growing. The larvae are regularly harvested on sieves of increasing size to check their growth and separate the biggest from the smallest. The water is then changed and feeding is carried out on a daily basis with the different species of phytoplankton specified above. When they reach a size of 250 microns, the larvae become eyed, going from the veliger stage to the pediveliger stage. They are then considered to be competent for metamorphosis, ready for the setting phase.